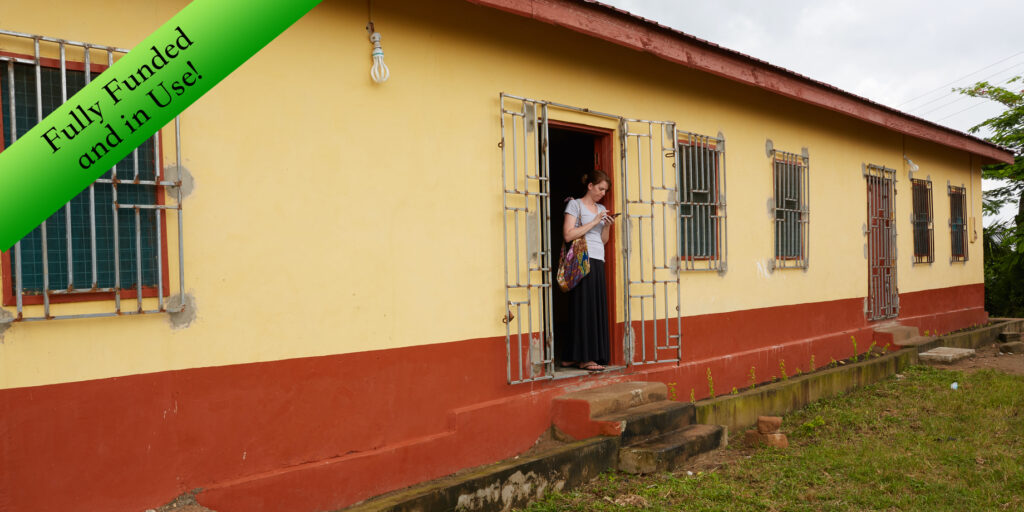 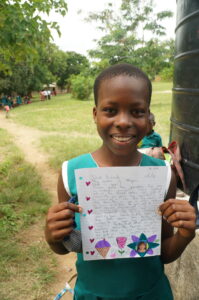 A student at the Katakyiase Roman Catholic school holds up her penpal letter.

Inspired by writing to their pen pals in 2015, the students at Sycamore Trails Elementary in Bartlett Illinois decided to have a book collection so that they could share their love of literature with the students at the Katakyiase Roman Catholic school.  The collection that lasted nearly a month resulted in nearly 7,000 books being sent over to begin a library in 2015. Without adequate space for a library, most of the books stayed in boxes until a team comprised of members of First Baptist Church in Elgin and Judson University went to Ghana in 2016 to show the teachers and students a process by which they could check out books.  A small library was started and the students began to anticipate their weekly checkouts. 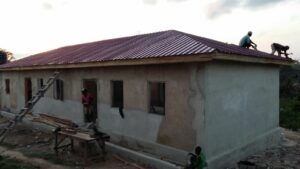 The library after 2 months of work.

In 2016, led by efforts of Principal Lindsay Allen, Southbury Elementary School (Oswego, IL) raised over $6,000 to refurbish an old school building to use as a library and computer lab.  Journey participants from Two Pennies Ministry helped to pour a new floor, break down old walls, build new ones, and tear off the roof.  After the team left, Aboagye Prah led a team to complete the structure. 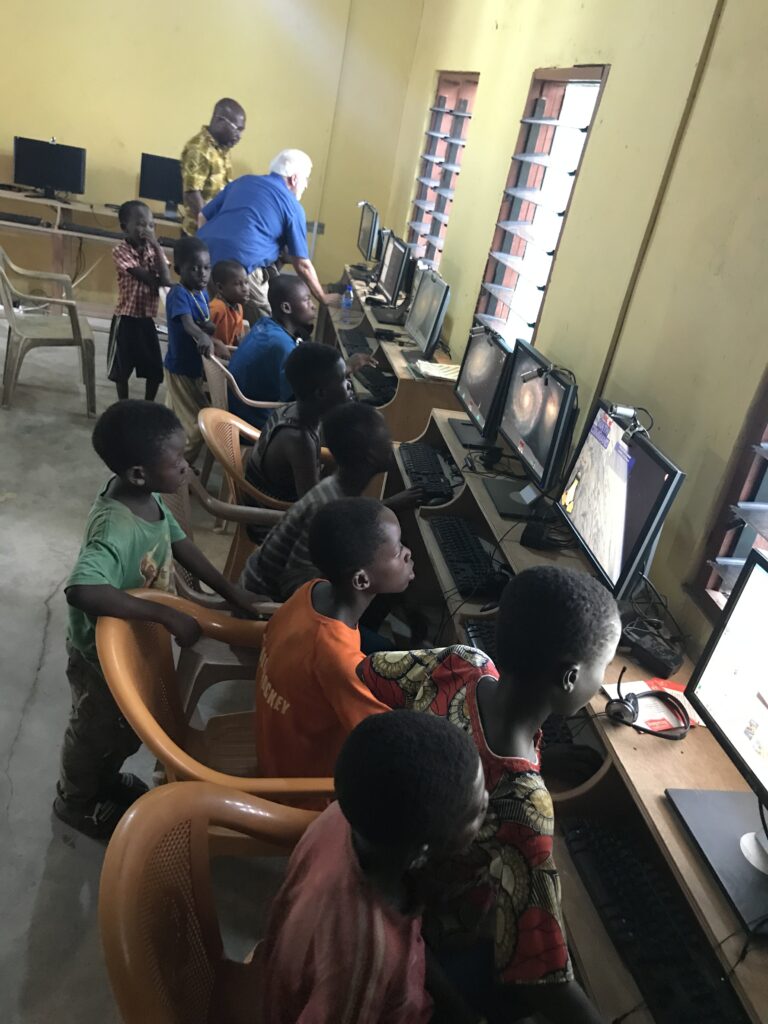 Students using some of the computers in the lab.

In 2017, Two Pennies returned to Katakyiase to help complete the installation of the computer network.  Teachers were given basic training and students were introduced to the system.  Over the last two years, we have continued to send teams back to help encourage them in how to use the computers. This is the only library or computer lab with wifi access in the area.  The only comparable library is at the University of Cape Coast. 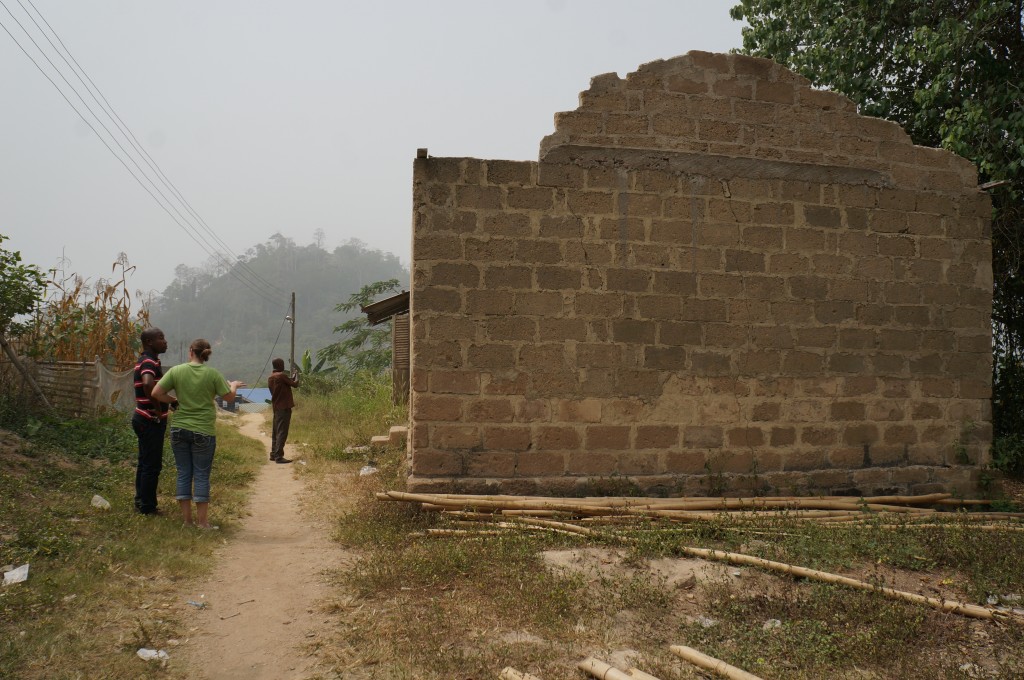 Aboagye and Lindsay Allen examining the old structure before it was completely overhauled to create the computer lab and library.