Each year, at around this time, the students in our school write pen-pal letters to students in Ghana.  We encourage them to tell students their pen-pals about their faith, family, school and what they do in their free time. 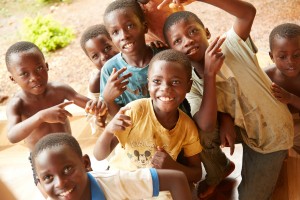 Invariably the students ask a multitude of questions about the lives of children and how they entertain themselves.  When I explain that they don’t have books, toys, movies, tablets, or the internet, I am met with looks of utter amazement. This year I posed the question back to my students.  “What would you do for fun if you didn’t have any of those things?”

According to the American Academy of Pediatrics, children in the U.S. spend an average of seven hours of their day looking at screens. As a teacher I’ve seen an enormous shift in the way that students view recess.  A major trend in rewards for students is to reward them with digital device time in the classroom.  Students pick this over recess every time. There have been numerous studies conducted with that have revealed that students suffer from “screen addiction,” and go through serious withdrawal symptoms when their devices are taken away. I think many adults would react similarly to my students if they didn’t have digital devices. I know that it would be a major shift for me, in fact I’d be scared to stop and think about how much time each day I spend in front of screens. 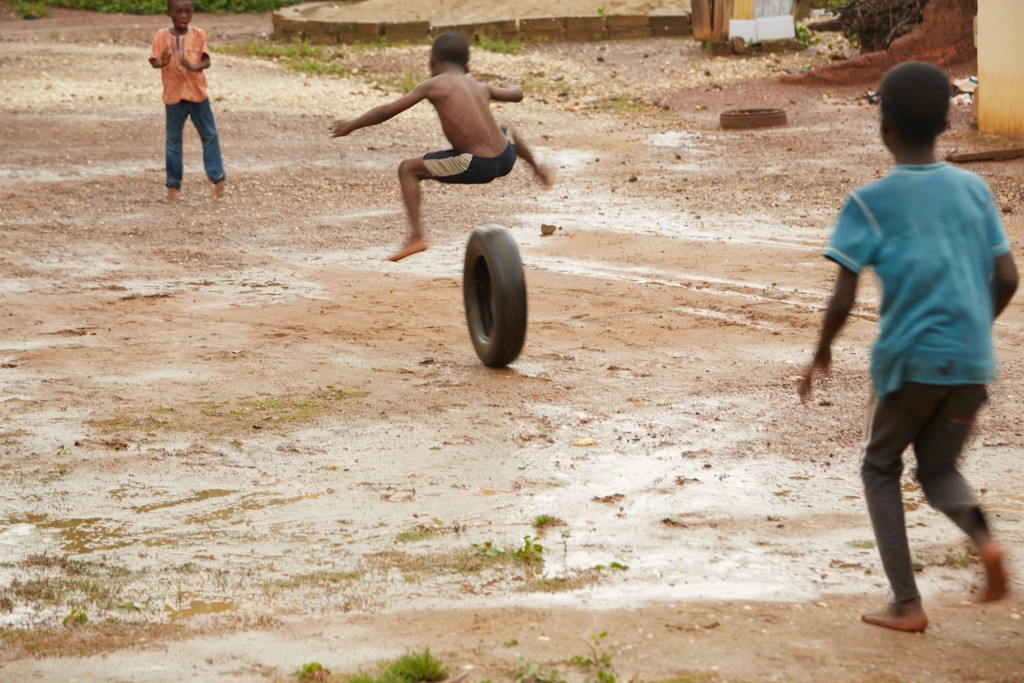 One of the reasons that a Journey is such a wonderful experience for many of our teams is that we get to spend time with children who just love being with people.  Community means so much to them and play is not something that is relegated to what you have to play with, but instead with whom.  I have watched as children made a small car out of sticks and limes, played soccer for hours and stood around and talked to each other without once glancing down to see what’s in their hand.

During my last Journey while I was in Akim Kwameng, it began to rain and the children congregated at the house where we were staying. They laughed and talked and chased a cat until one of them came up with an old tire.  Within seconds, they had begun a game that involved rolling that tire down a slight incline and another  child would race up the slope and leap over the speeding tire.  It provided endless entertainment – for both them and us. There was never a complaint of being bored or them asking us to entertain them.  They didn’t sit cooped up inside or isolate themselves.  And they were happy.

With Just a tire.