I have found that one of the greatest challenges to ministry is staying power.  In today’s fast moving age of computers  and instant communication, it is the newest and fastest moving things that get the most attention.  The prime example we have of this is television.  The hottest shows on television are often cancelled just a few years later.  We are swept up in the latest fashions and trends, but we always need something more.  Remember that show with the million dollars in the suitcase? 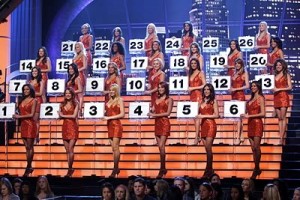 What was that called again?

Only one suitcase out of a couple dozen had a million bucks.  The contestant had to barter for the prize.  There was some bald co-host.  It was the hottest show on television and for the life of me I couldn’t remember the name of it.  (I did a bunch of ridiculous Google searches before I came up with it.)  Deal or No Deal.

The same goes for websites.  I used to keep saltwater fist and was a regular on a site called Reefcentral.  I visited it everyday and engaged in it’s forums.  Several years ago some of my friends and I spent inordinate amounts of time trying to best each other in a game called desktop tower defense.  Once again, I had to do several Google searches before I came up with that one.  We played it daily for months, then it became obsolete.  We as a nation are smitten by the trendiest, fastest and most innovative things.

Unfortunately, it seems like the same goes for churches.  There are trends and fads within churches.  From missional movements to minimalist worship styles, there are always changes being made.  We are constantly seeking to be the newest, most innovative church or ministry around.  I mean, people could shop elsewhere right?  Which brings me to The Two Pennies.  We have been amazingly blessed by God and we have seen how he can work through us, yet I have found myself becoming preoccupied by the thought of staying current and at the forefront of people’s minds.  But is this the approach that the Lord wants us to take in this?  Is this the focus that we should have?  Is there problem with that way of thinking, or is this just the reality of the Church in America today?

There has to be a better way – right?  Or am I being like the forty-three people left in the U.S. without e-mail accounts?  Unreasonably stubborn.  What do you think?  Let me know your thoughts.