To be the miracle…

On our Journey last March, amidst the rush of construction and the planning for the pastors’ conference, I had the opportunity to witness how God is using the Two Pennies Ministry in ways that we never anticipated.  We were worshipping at a church in Asebu, near Cape Coast, when a woman approached Aboagye. In her arms was a young boy covered by a heavy blanket.  Her eyes were downcast as she spoke to Aboagye in a hushed tone.  When she looked up, I could see the desperation in her eyes. 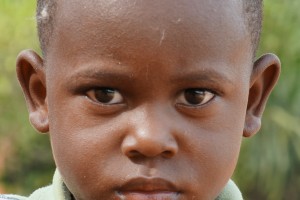 “Her boy needs surgery.” Aboagye turned to me. “He has a very serious condition.”

He lifted back the blanket and I could see that the boy’s abdomen was completely exposed. I looked back at the woman and even if I’d been able to speak her language, I knew that I had no words of comfort to could offer her.

“She wants to know if we can help.”

Help? Us? What do I know about ANYTHING like this?

Although I had no idea what to say, or even where to start, I promised that we’d see what we could do. I watched as the woman cradled her son and cared for him.  My heart broke as I thought of my three children. I can’t imagine the helpless anguish she felt on a daily basis as she fought to keep this boy clean from infection. She had done all that she could, and now she was reaching out to us, in a desperate plea for help.

His name was Bernard Arthur and he needed a surgical procedure to correct an abnormality of his bladder and abdomen. He was just two months shy of his second birthday and had lived a sheltered life, bereft of the company of his peers for fear of infection. His parents were poor and lived life fighting for survival.  An operation of this kind would cost thousands of dollars. They didn’t have a hope to raise that kind of money. 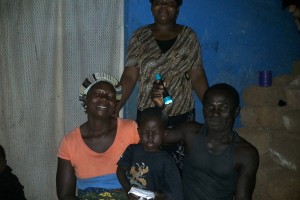 Children with conditions like these don’t live very long in third world countries.

Over the next several months, thanks to the dedicated efforts of Aboagye, we were able to get Bernard some help from the medical college in Ghana.  He has had two operations and will have the final one sometime in 2015.

I am constantly surprised by how God has worked through our ministry.

But I shouldn’t be. God has promised it:

Very truly I tell you, whoever believes in me will do the works I have been doing, and they will do even greater things than these, because I am going to the Father.

For everyone who has donated to our ministry in the past and is partnering with us in the future – thank you.

You are the miracle that Bernard Arthur’s family has been for. 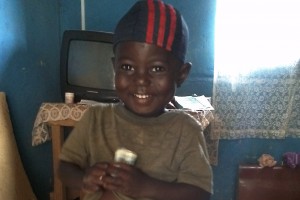