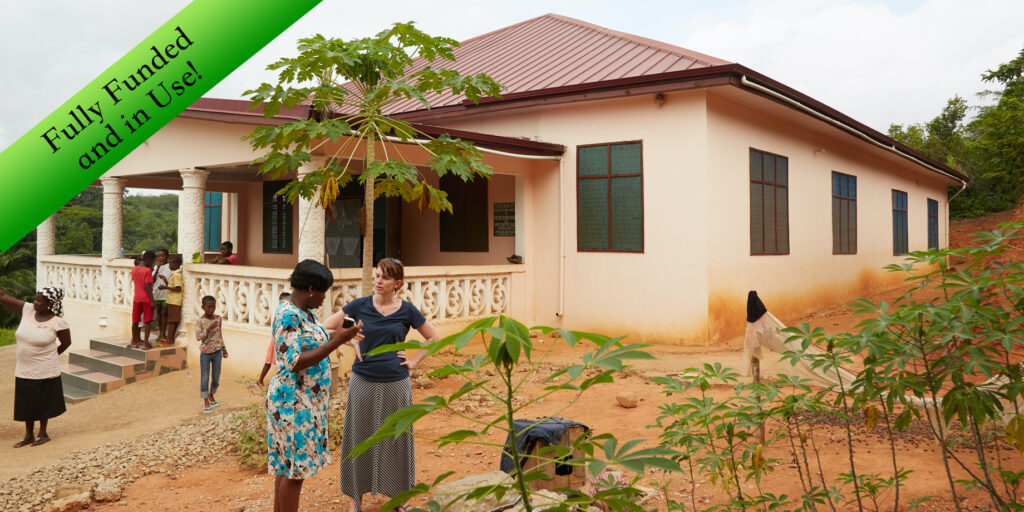 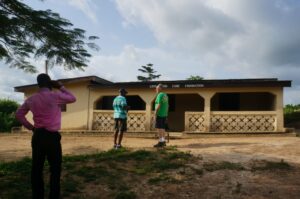 The original Love and Care home.

In the summer of 2011, Moses Kofie and Jim Reed went on a journey to Ghana, West Africa.  While there, they met the founders of the Love and Care Orphanage, Comfort and Ebenezer Obiri.  Ebenezer was a headmaster at a school and Comfort was one of the accountants at the University of Cape Coast. Feeling God's call to look after orphaned children, they had started the Love and Care foundation in the village of Aswansi, in the Central Region of Ghana - about 45 minutes from Cape Coast. They had hired a caretaker to help look after seven children who had been orphaned or had a parent that could not financially care for them.  In addition, they had bought a small house to give these children a place to live.  Each month they paid for all the expenses for the children and the caretaker. 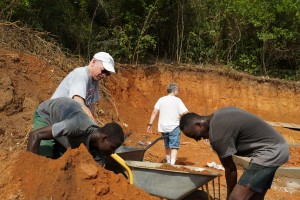 Volunteers from First Baptist Church in Elgin working on the new home.

Two Pennies Ministry began with a small investment in helping to pay for some of the expenses with the hope of being able to do more.  In the summer of 2013, Two Pennies began to plan with the Obiri's to find a way to build a larger home for the children that would be closer to Cape Coast and also have room for expansion.  In November of 2013, an anonymous donation was given to Two Pennies, which provided enough funds for the land and the construction of a new home in the village of Asebu, only 20 minutes from where the Obiri's lived. 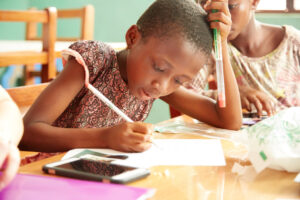 Kezia, one of the children at Love and Care writing to her sponsor, Lindsay.

Construction began at the end of 2013 and was completed by the end of 2014.  Since that time, the orphanage has grown to care for 15 children.  Each child is supported by a sponsor in the United States.  The funds from these sponsors go to pay for private school for the children and other incidentals.  The children exchange letters with their sponsors and many have even had the opportunity to meet their children.  The bonds that have grown from these relationships have been an encouragement to both sides.  In 2018, the sponsors raised enough money to provide solar power for the orphanage so that there is a constant source of power. 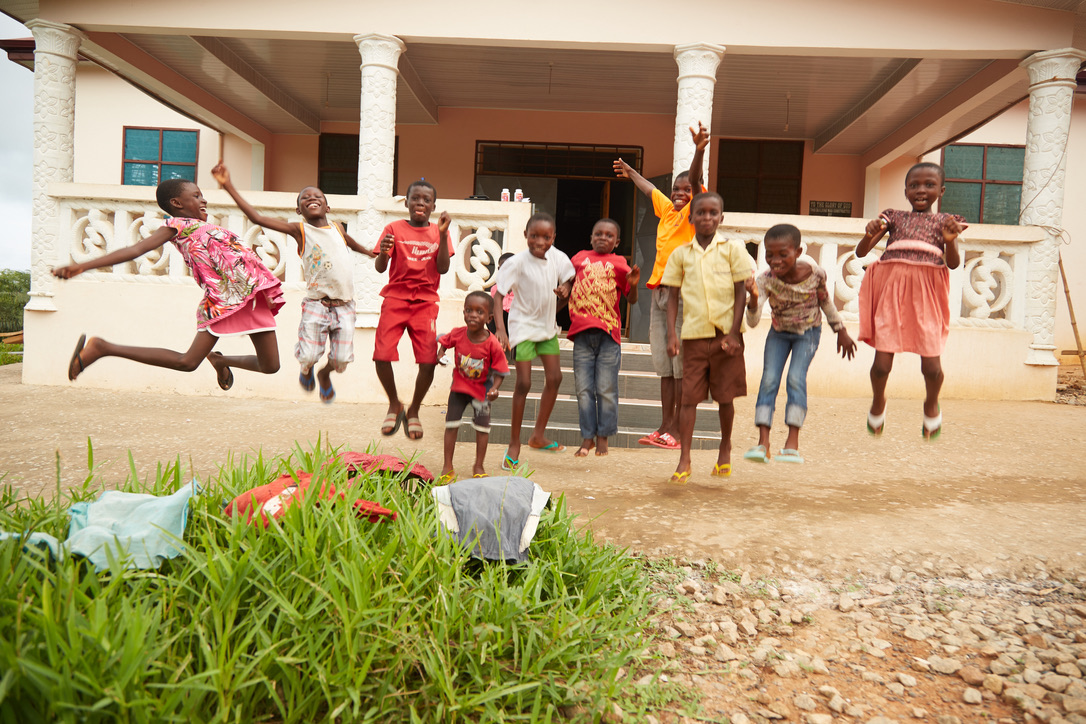 The children at Love and Care.